The History of Indonesian Traditional Dress

As a multi-diverse country of over 300 ethnic groups, Indonesia is divided into more than 30 provinces, each with its own way of doing things and its own traditional dress with distinguished designs. But perhaps, the most widely recognized Indonesian traditional dress including batik and kebaya. These costumes featuring the culture of Java and Bali, the two glorious civilizations of Indonesia. In some cultures, the traditional dress belongs to the Royals. Even so, taking Indonesia tours, you will see many Indonesian people now adapted to everyday use. 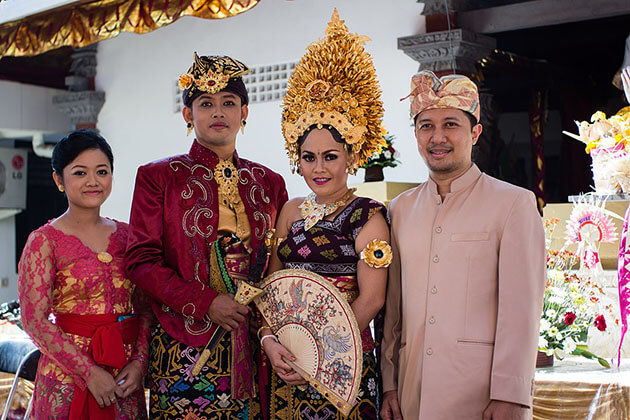 Batik is a cloth with intricate patterns made using a manual wax-resist hand dyeing technique. It is one of the definitive folk arts of Java which is revered around the world. Indonesia traditional batik is a large fabric that is worn by wrapping the cloth around the body. 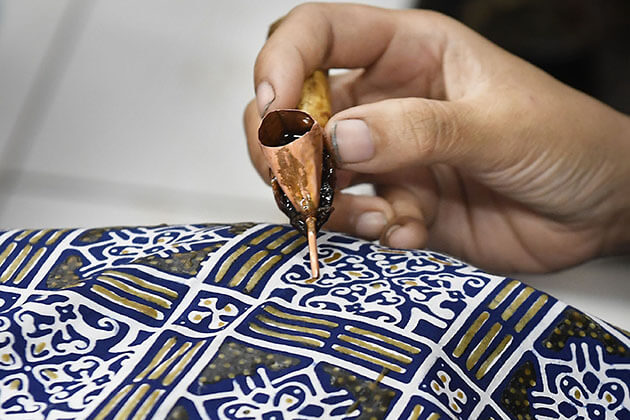 Traditionally, the word “batik” is used to describe a cloth with little dots. Today, most batik designs belong to one of two categories, first are geometric designs, composed of interlacing circles or other shapes. Batik clothes are now being sewn into formal shirts for men, dresses, shirts, and even accessories like handbags which you will see in many places while taking a trip to Indonesia. For its important value, UNESCO designated Indonesian batik as a Masterpiece of Oral and Intangible Heritage of Humanity. Batik shirts are usually worn in formal events such as weddings or traditional ceremonies taking place throughout the year.

The mysterious Kebaya word originated from the Arabic language, Kaba means “costume” and was introduced into Indonesia in the Portuguese language. For the first time, Kebaya was worn by an Indonesian woman in the 15th or 16th century. At this time, Kebaya on Java Island, Indonesia was considered as a noble and only costume for the royal family and a small part of the upper class. After that, Kebaya quickly became an indispensable costume of Indonesians and gradually spread to nearby areas such as Malacca, Bali, Sumatra … through trade and diplomatic activities. 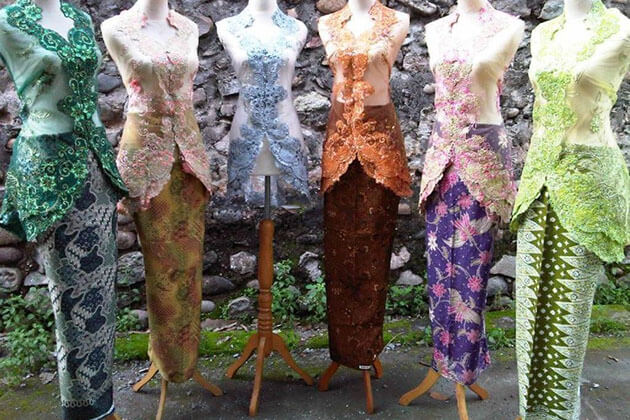 During the Indonesian period of Dutch colonization, Kebaya was made entirely from mori. Later, Indonesians began to use silk and embroidery to further decorate the colors and patterns of floral motifs on the Kebaya. Overall, the details of today’s Kebaya are quite similar to the past including a body-hugging blouse to enhance the charm and sensual beauty of Asian women, the front collar extended. , long sleeves, fabrics were usually taken from light materials such as silk, some thin cotton or nylon or polyester fabrics are quite thin and transparent. Accompanied by floral motifs printed or woven on fabric. Traditional kebaya often uses a batik-style cloth called “stagen” over a shoulder-blouse. The blouse is tied with a brooch/brooch (kerongsang) because traditionally Kebaya has no buttons. Traditional kerongsang consists of three parts of the kerongsang ibu (the parent part) that are quite large and heavier than the other two kerongsang anak (the child). Kerongsang is usually made of gold and is considered a symbol of the aristocracy, while the lower classes often only use a safety pin to fasten the blouse. Kebaya is usually worn with kain skirts – a strip of cloth with vivid pleats wrapped around the body from the waist to the bottom. 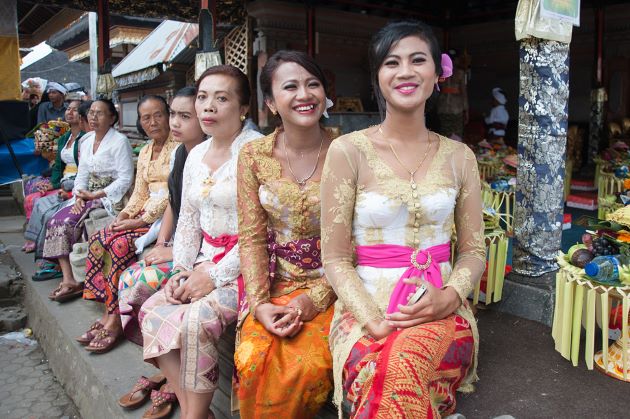 Around 1920, nationalist movements in Indonesia broke out and European women abandoned the Kebaya costume, arguing that it became part of Indonesia’s patriotic tradition. Moreover, during the proclamation of independence in 1945, the only woman attending was Ibu Trimurti, and in particular, she chose to wear the traditional kain-kebaya. It is this image, along with many events, that have made Kebaya transformed into a unique traditional costume in Indonesia. 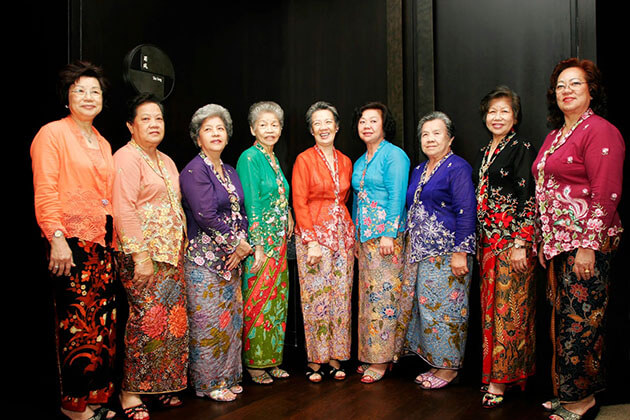 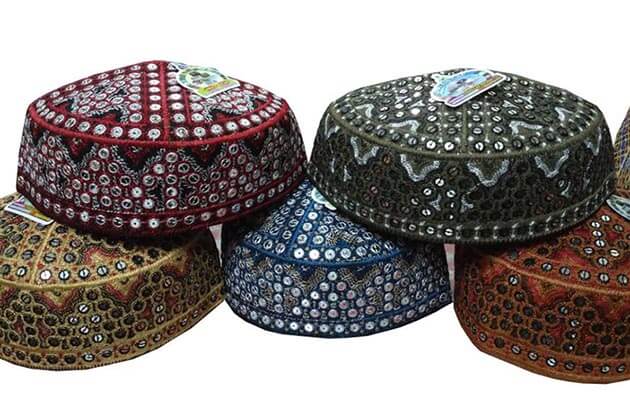 In addition to batik, peci is another obligatory piece of Indonesian traditional costume. Peci is a men’s Muslim cap similar to a Turkish fez made from black velvet. Normally, it is worn with a batik shirt of some time with western-style clothing as well on official and formal occasions.