A land of staggering traditional dances and rich cultural values, of dynamic megacities and hill-tribe villages, Indonesia is both glamorous and absorbing. 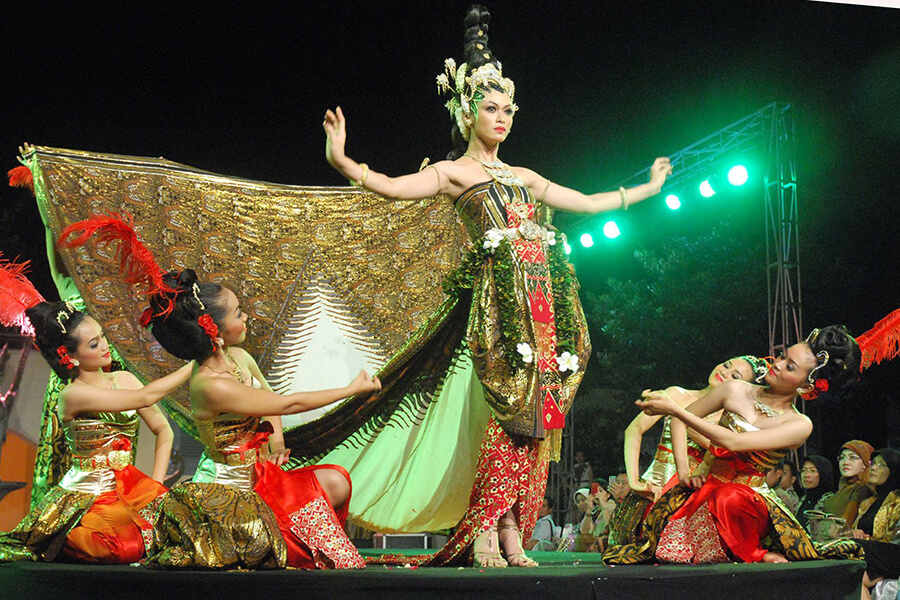 Have you ever heard about the unique traditional dances, which have thousands of years old, originating from a country located in Southeastern Asia between the Indian Ocean and The Pacific Ocean? Not only does this country have spectacular views, but it also has diversified cuisine and cultural uniqueness. Typically, distinctive traditional dances are a feast for the eyes ranging from the basics to complicated acts, going along with elaborate and meticulous garments.

Indonesia has gone through thousands of years of history, with traditional dances being the most prominent cultural heritage and well-preserved bequeathed through generations, such dances expressing not only aesthetic pride but also mysterious stories. While stepping back several decades, and facing the risk of disappearing, Indonesians never cease to attempt to maintain their traditional dances. Dance in Indonesia shows off the country’s myriad of customs and cultures, with more than 1,300 ethnic groups in Indonesia. Besides, each group has its dances with more than 3000 original dance forms. So, this nation contains enormous dances with sophisticated and virtuosity techniques. During these hard times cause of the outbreaking of Covid-19, diving into one of them to blow off some steam, watch, enjoy its rhythm, and explore the beauty of Indonesia’s dances is one of the best recreational activities to refresh yourself. Let’s discover the most beautiful dances from Indonesia and dig deeper into its diversity to gain the bottom knowledge.

A staggering dance compared with the symbolization of mystery and miraculous, Reog performed on the night of the full moon. The dance illustrates the experience of a fierce battle between the King of Ponorogo and a lion-like mythical creature. One of the most-anticipated moments is when the break-record creature lifts a weight of 50kg performed by only using its teeth. Aside from supernatural overtones, Reog is very interesting to watch because of the gorgeous costume and fast, agile movements showing from 20-30 dancers at once. 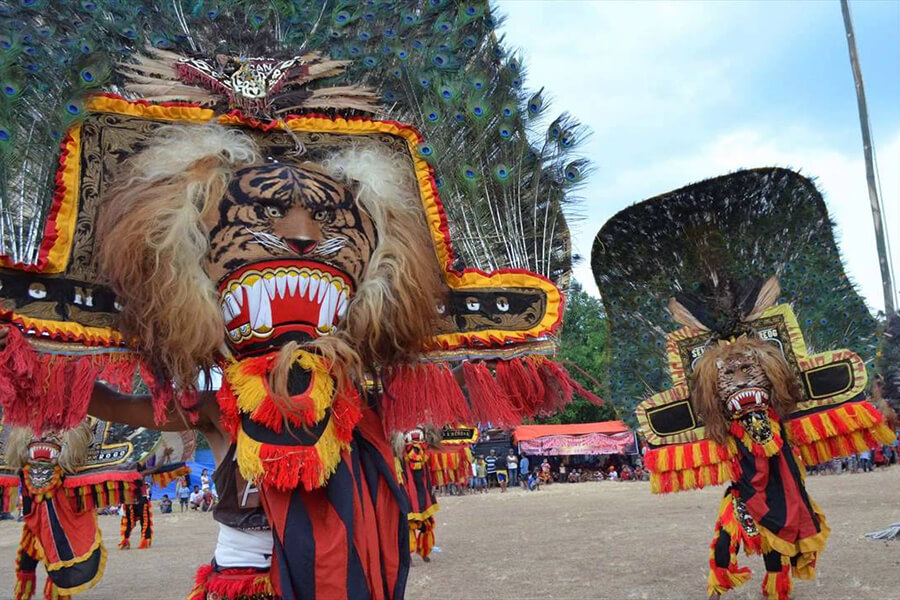 Being known as one of the most prevalent dances and traditionally substantial Balinese dance. Legong dancers are honored and recognized in society, standing up at a high position. In the past, only royal families had the right to immerse in the exquisiteness of this dance, which consists of intricate finger and foot movements and demonstrative facial expressions, accentuated by sophisticated traditional costumes. 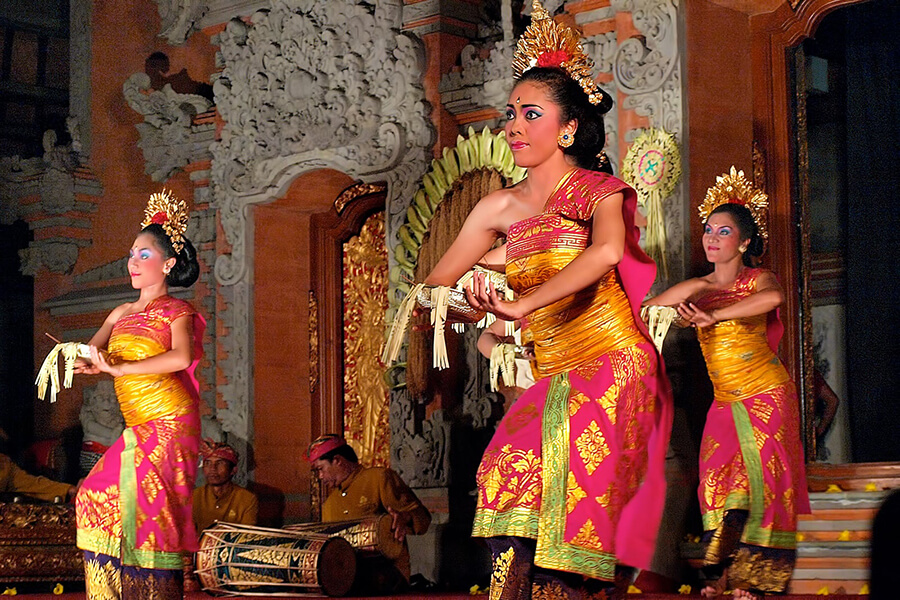 One of the most beautiful dances that attract international tourists is known as the “Fire Dance”. The highlight point of Kecak deeply represents some extreme fire actions in some episodes, facilitating the best performed at the time sunshine wearing off. It needs nearly 150 male dancers engaging in performance, sitting around a fire wearing nothing more than sacred Balinese sarongs. Their rhythmic coordination is melodiously combined with the rhythms sung by the dancers themselves. Kecak is a kinetic depiction of an episode of the Ramayana and many believe it was influenced by an exorcism. 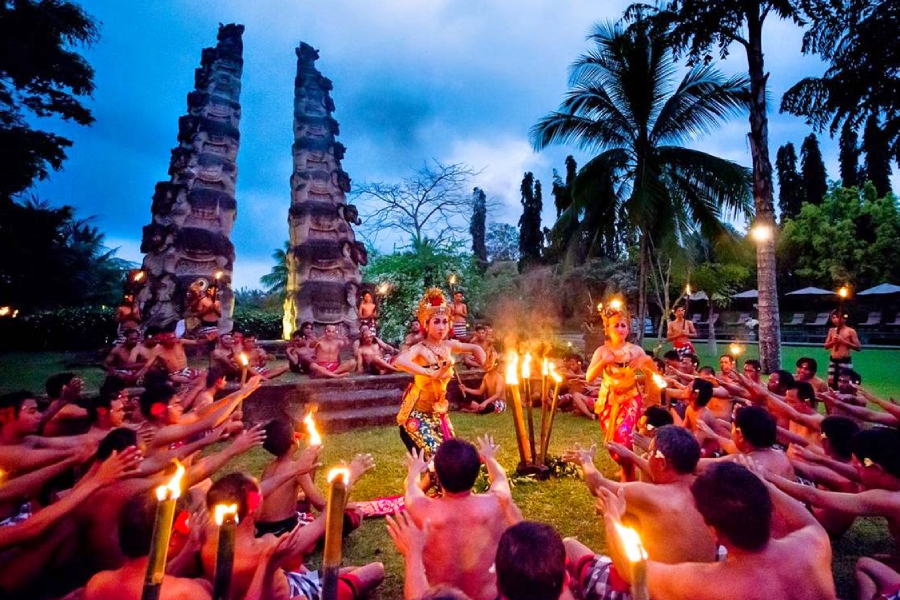 The fast-paced rhythmic movements carried out by dozens of dancers is an outstripped characteristic that distinguishes it from others. The outstanding features are those coordinated hand acts among dancers that make the dance intriguing to dive into and blow off both domestic and foreign eyewitnesses. This dance used to teach as a means of religious lessons in the local community, but today, it’s appreciated as a culturally-rich recreational activity. To catch up with the dance, a singer recites traditional poems to adjust the movements, leading to a first-class harmony that enchants the eyes and ears of those who witness. 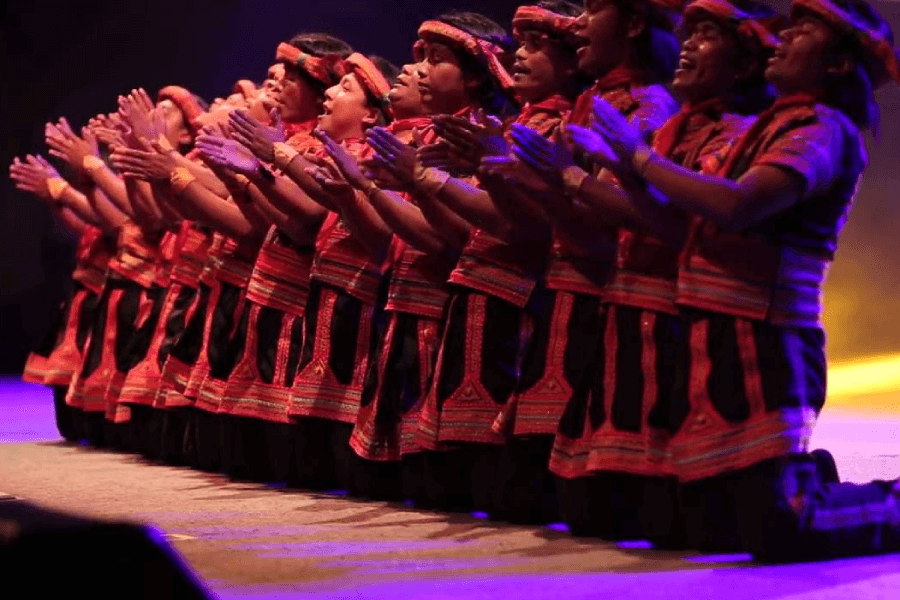 The meaning of Kipas in Indonesian is fan showing the primary characteristic of this dance. Multicolor fans are rotated by elegantly dressed dancers in elegant movements, creating aesthetically-pleasing motions that inspire speculators. In addition, local Indonesia people convict that this dance describes the story of the parting between divine figures and human beings. Before departing for heaven, the former instructs humans how to farm, hunt, and breed livestock. Then, Locals give birth to a dance showing their appreciation for such precious lessons in the hope that the next generations can get the valuable message. 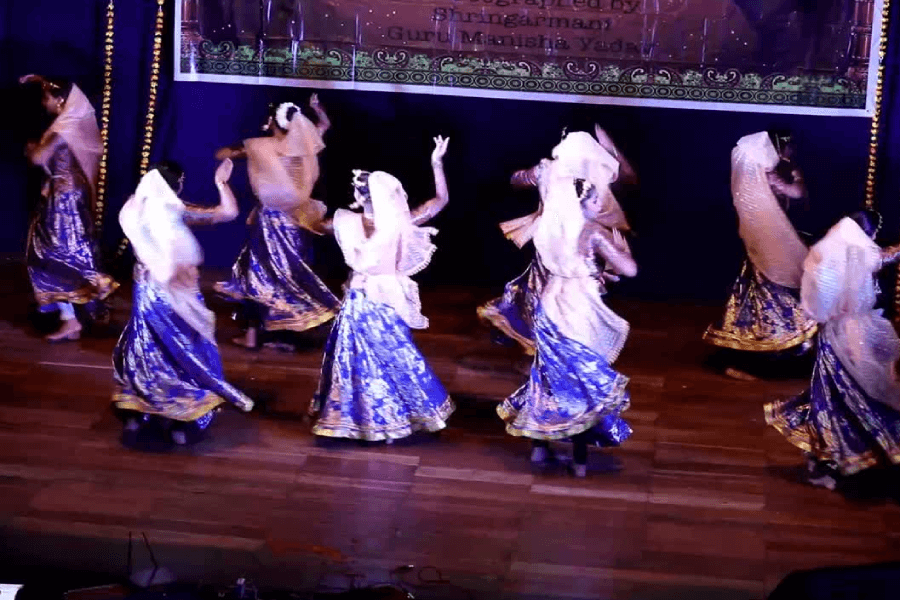 This dance captivates a vast number of people even from the appearance of the performers, attracting the audience with their unique dances. Originating from exquisite Merak (Indonesian peacock), dancers are dressed in thorough, sophisticated costumes in bright colors. Going along with the movement of dancers is the elegant costumes, the brighter dancers are, the more gorgeous such traditional dresses are. The actions of the foot are stable and cautious, while the hands show the grandeur of a gracious bird that is fully aware of its irresistible charm, followed by the gracious movement of the costume as the dancers showcase their agility. 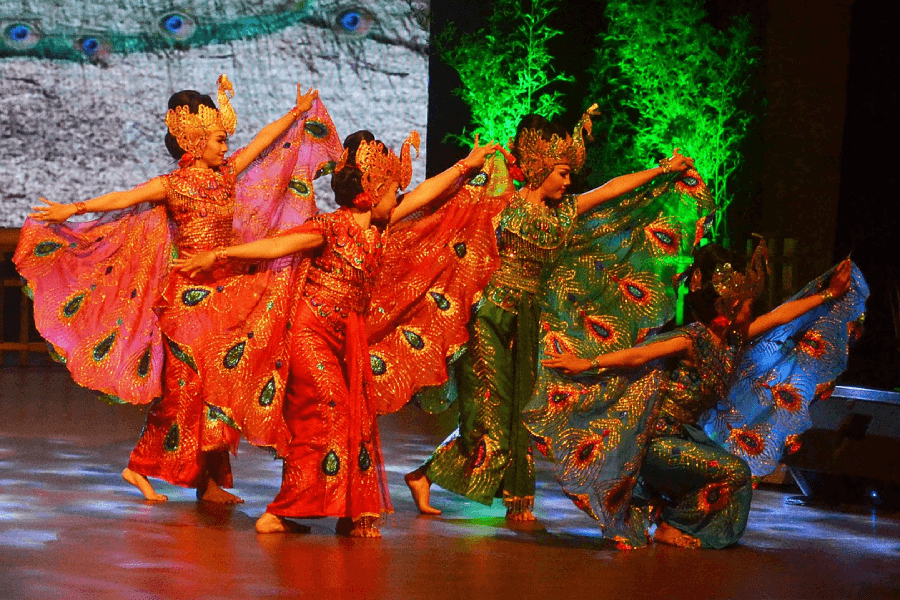 Serimpi Dance used to be performed only under the witness of the royals. This dance is so charismatic that there is a rumor that this dance can transfer eye-witnesses to their land of dreams. Four female dancers are engaging in performing this dance, each representing one factor of the universe, such as water, fire, air, and earth. Serimpi possesses the outstripped features performed by slow, gracious, feminine movements by equivalently beautiful dancers. It shows the dancer as a courteous, decent woman as idealized by the Javan culture. 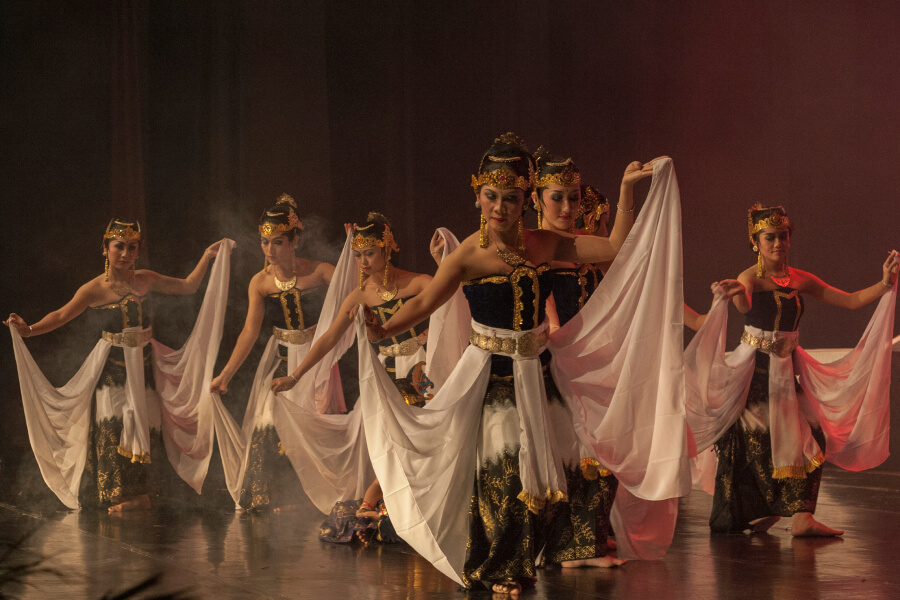 These dances become a symbol of Indonesia’s traditional cultures and their forms are highly impressive for tourists. They come into being as a signal of Indonesia that distinguish it from other nations, bringing unique and unheard-of experiences. With elegant movements and varied dance techniques, a curtain behind the dance forms, show rich histories and expresses ancient stories. Each dance act is a remarkable experience and it will mold into your mind with a lasting impression.