Being the home to over 600 ethnic groups and 17000 stunning islands spreading all over the Equator, there are dozens of interesting facts about Indonesia that will definitely surprise you. So, why not learn little unknown facts about this extraordinary country before planning for an Indonesia vacation package?

Top 5 Most Interesting Facts about Indonesia

Indonesia is the largest Archipelago in the World

Lying stretched along the Equator, Indonesia has thousands of islands and the fact is that no one really knows how many are there. According to the Indonesia government, there are 17,504 islands, but the CIA thinks Indonesia has 17,508 islands, while it is estimated 18, 307 islands counted by the National Institute of Aeronautics and Space back in 2002.
Of all, there are 8,844 islands that got named and 922 are permanently settled. The island isolation has made culture less homogeneous across the country. Likewise, whenever you visit each island, you will be treated to a relatively new experience with different dialects, customs, and special foods.

It is a Wealth of Diversity & Wonders

With more than 17,000 islands spread across the Pacific and the Indian Ocean, there are now over 200 ethnic groups and 300 spoken languages, it is not hyperbole to say that Indonesia is arguably the most geographically and culturally diverse country in the world.
Indonesia’s diversity in ethnic groups, cultures, customs, artworks, foods, and landscape makes the country look like hundreds of small countries melted beautifully into one. Each of them contains its own unique mixture of natural richness and different ways of doing things.
Deep in the heart of diverse landscapes is a range of unique wildlife conditions which makes the archipelago the only natural habitat for a number of species, including the largest lizard in the world – Komodo Dragons, the gentle giant Orangutan, he majestic Cendrawasih Bird of Paradise, and many more.
Beyond the surface, Indonesia’s wonderful coral reef is one of the richest and most diverse in the world, which is an ultimate paradise for divers and underwater enthusiasts 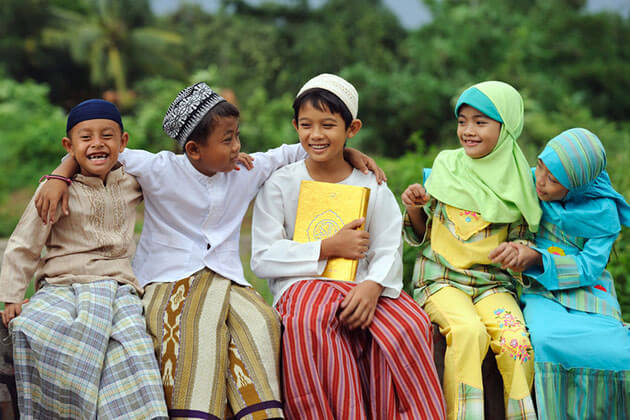 Sumatra is The Only Place in the World to See Orangutans

Sumatra and Borneo in Indonesia are the only places in the world to see wild orangutans. While Sumatra belongs entirely to Indonesia, Borneo is shared between Indonesia, Malaysia, and Brunei.
An easy place for travelers in Indonesia to possibly see Sumatran orangutans (semi-wild and wild) living in the jungle is Gunung Leuser National Park near the village of Bukit Lawang. 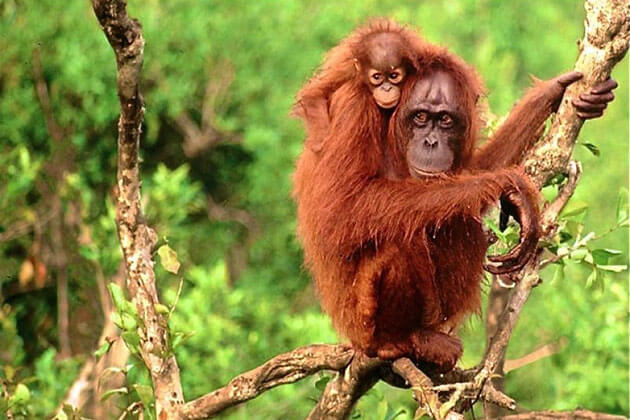 There are just five Indonesian islands where you can see the Komodo dragon: Komodo, Rinca, Flores, Gili Motang, and Padar. Weighing up to 150lbs and possessing toxic bites which allow them to hunt and kill far bigger animals – even humans, they are truly fearsome animal. Therefore, be careful when deciding to see them on your trip to Indonesia. 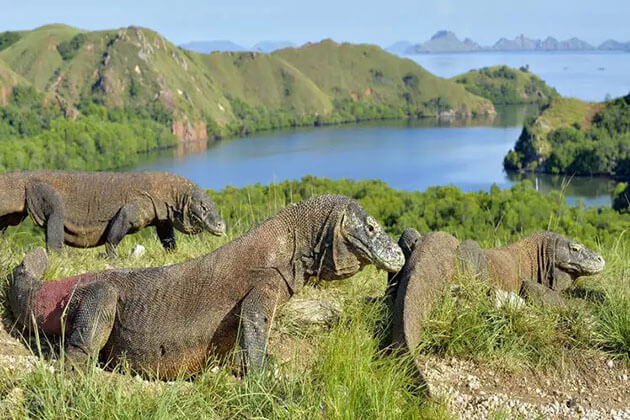 Nowadays, Lake Toba is a fascinating place to sit back, relax and absorb the beautiful pristine scenery. Behold the view of the picturesque mountains set against the cool clear lake, you will feel the worries of the world melt away. As the lake sits 900 meters above sea level, the climate around Lake Toba is cooler which gives a well-needed break from the heat, humidity, and pollution of the city. 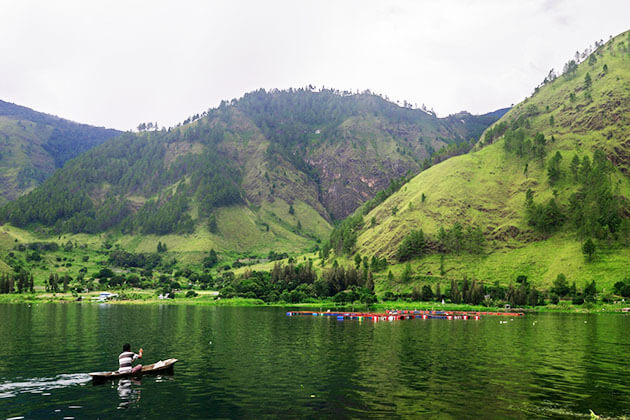 Indonesia is home to the World’s Largest Muslims

Rafflesia Arnoldi in Sumatra is the World’s Largest Flower

The largest flower in the world, Rafflesia Arnoldi, weighs up to 7 kg (15 pounds) and only grows in the rain forest on Sumatra Island, Indonesia. Its petals can grow to 0.5 meters (1.6 feet) long and 2.5 cm (1 inch) thick.

Grasberg Mine – The World’s Largest Gold Mine

The Grasberg mine, located in the providence of Papua near Puncak Jaya, is the largest gold mine and the third largest copper mine in the world. It sits at an altitude of 14,000 feet in the remote highlands of the Sudirman Mountain Range. 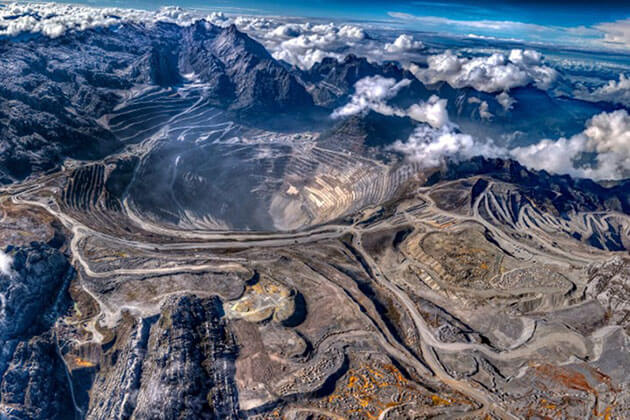 Set high on a mountain in Central Java, Borobudur Temple is the largest Buddhist temple in the world, making it a not to miss destination in Indonesia vacation. In accordance with Buddhist belief, the closer you are to Heaven, the closer you are to the Gods. The temple rises up towards the sky is a dramatic monument for you to marvel at the man-made masterpiece. As you climb the steps of the temple, the jungle landscape of Indonesia revealing in every direction, you will understand how the people built this wonderful temple felt more connected to the ethereal than the earthly. 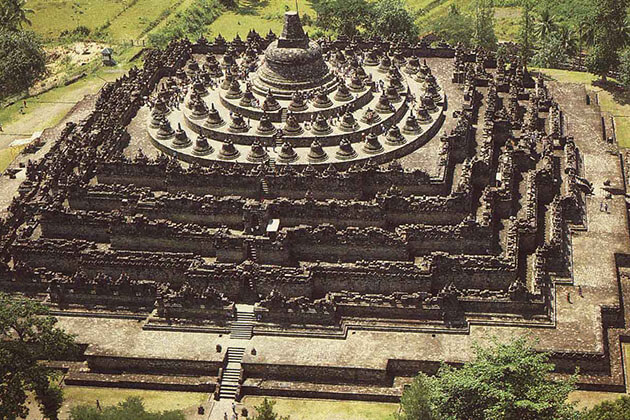 You Can Climb to Some of the Volcanoes in Indonesia